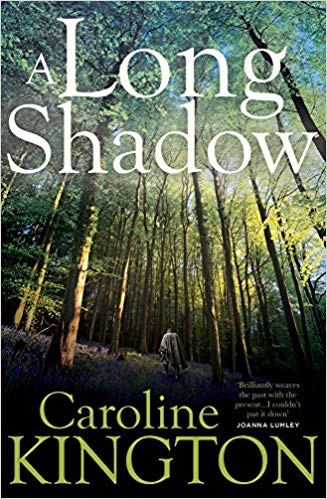 My thanks to Dan Hiscocks for the advanced readers copy provided to me for review. Opinions expressed in this review are completely my own.

When farmer Dan Maddicott is found shot dead in one of his fields, he leaves behind a young family and a farm deep in debt. Although the coroner records accidental death, village rumours suggest he has taken his own life so that the insurance payout can save his family from ruin.

Dan’s wife, Kate, refuses to believe the gossip and is determined to prove to herself, and her children, that his death was an accident. But could it have been murder? Kate discovers a set of old diaries containing secrets that may reveal how Dan really died.

There are multiple timelines throughout this book which for me made the book a really interesting read. I personally enjoy reading a book when aspects of the past are slowly revealed to the reader, enough that I am interested to find out what happened, but not too much that there’s no reveal towards the end. The author has done that really well with this book.

We’re first introduced to Susan, back in the period around the second world war and I was left wondering how she fits into the present day story as she is never mentioned. We then follow Dan and Kate who run and live on Watersmeet Farm in the 2000’s and read chapters from each of their perspectives about how they met and came to raise a family.

The farm is run during the time of the foot and mouth outbreak and I knew it was a pretty dire time for farmers during this period but reading this book I garnered a new perspective on how much pressure and stress people would have endured where farms were their livelihood.

There are quite a few characters in this book and not all of them are likeable. I particularly liked the relationship between Kate and her mother and sister, although not an integral part to the story, I found it humorous how the three of them interact.

This book is what I would call slow burner. It’s not action packed between the pages but there is an interesting story there and one I would consider worth reading. The main theme here is did Dan kill himself? Or was he killed at the hands of someone else?

Caroline’s professional life started when she went to drama school. She became a drama teacher to pay the rent, and in what spare time she had, she worked in Fringe theatre, writing, acting and directing bizarre, off-the-wall plays. She did a post-grad course at Bristol University in Radio, Film and Television and went to work in television where she became a documentary film-maker for BBC regional TV. Ten years later she went freelance and combined TV work with other fringe theatre work, writing and directing.

A Long Shadow was her first-born book and arose out of a documentary feature she made for C4 news about the increasing number of women in farming. It was a period in our recent history when the farming community were reeling under successive blows to their industry from BSE, foot-and-mouth, and unsympathetic government policy.