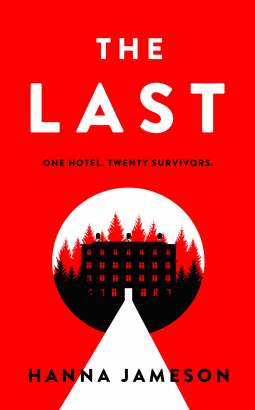 Jon Keller was on a trip to Switzerland when the world ended. More than anything he wishes he hadn’t ignored his wife Nadia’s last message.

Twenty people remain in Jon’s hotel. Far from the nearest city, they wait, they survive.

Then one day, the body of a girl is found. It’s clear she has been murdered. Which means that someone in the hotel is a killer . . .

As paranoia descends, Jon decides to investigate. But how far is he willing to go in pursuit of justice? And what happens if the killer doesn’t want to be found?

Jon Keller is an American historian who was visiting Switzerland for a conference and staying at a remote hotel surrounded by forests. The beginning of the book starts three days after nuclear bombs detonate around the globe and Jon feels guilty as he never responded to his wife’s email. He thought he had more time, everyone thought they had more time.

Jon has decided to document the events that follow to provide an account of what happened for historical purposes should anyone live long enough to care. The story is therefore told as a narration from Jon’s perspective, depicting the people he meets and how they deal with the circumstances they find themselves in.

Jon finds himself confined to the hotel he was staying at with around twenty other people, all of different nationalities and differing backgrounds. Some guests decided to flee, feeling they had a better chance of survival by making a run for the airport, and some people in the weeks that followed decided it simply wasn’t worth even trying to survive.

The story starts as your standard post-apocalyptic theme, there are power struggles within the group, a sense of distrust, and discussions generally on how to survive. There’s also another storyline at play here though as Jon discovers a girls dead body in the first few days after the bombs detonate but it seems as if this particular death happened before. Jon takes it upon himself to play detective as he fears that her killer may still be among them.

The author throws in various different prospects and leads that the story could have gone in and I felt a bit disappointed when at the end I realised that these leads were not going to amount to anything. It’s difficult to say here what they are without giving too much away, however, I did still really enjoy this book. I love anything with a post-apocalyptic feel too it. I was a little disappointed with the ending but on the whole this is another solid book for anyone who likes reads with an ‘end of the world’ feel to them.

Hanna Jameson wrote her first book at the age of seventeen. Paul Rees of Q Magazine described her as writing like ‘an angel on speed’. She has worked for the NHS and travelled the USA, Japan and Europe, developing a particular interest in the US, which led to her studying for a BA in American History. The Last is her first novel for Penguin.